Xaver Wilhelmy created a unique glass organ pipe design and a plan to remember the victims of 09/11.

This is a new Milestone Monday feature.

I first met Xaver Wilhelmy in 2003 and a few days after our introduction we were standing overlooking the massive hole at Ground Zero. I had been asked to illustrate his proposal for the memorial competition.

The vision that he unfolded that day was inspiring. He wanted to create a massive organ who's 3000 some pipes would give a voice to each person who was murdered in the attacks on the United States. Xaver is a master craftsman who has made organ pipes out of every material imaginable. The instrument he envisioned would have the usual metal and wood pipes... but in addition there would be the wonderful glass pipes! They would rise around the room to capture light coming in through the windows. I could give myself goose bumps imagining something like Copland's Fanfare for the Common Man ringing through that wonderful room.

Xaver actually created a portion of the work... a series of glass pipes depicting the American flag. He showed them at two conventions of the American Guild of Organists. Alas, his inspired piece was overlooked in the 5000 some entries in the memorial competition. Still, it begs one to reconsider the non-memorial memorials so in vogue right now. Rather than reduce the victims to some monolithic repeated design, why NOT celebrate the unique character and voice of each life that was destroyed that day.

Phil's Video [click to watch] reminded me of Xaver's vision. Seeing the faces of the NYPD members who died that day prompted me to think again about the voices that were silenced that day... Fathers, Husbands, Brothers, Sisters, Friends and Colleagues. May we do the right thing and never forget them.

Read Xaver's Vision [click to read] in his own words.
Posted by Bob K. at 8:51 AM No comments: 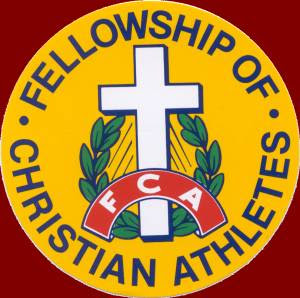 The Rutherford Institute did not like the tone of a letter from the Principal of Wilson Middle School to the staff at the school. Some felt that he was threatening the termination of participants in the formation of a club for Christian Athletes. See More here
Posted by Unknown at 6:39 PM No comments: